Pentucket Publishing’s debut stories both come from the pen of David H. Hendrickson.  This award-winning author writes in many forms and genres and these stories prove that point.  “Beloved” and “Back to the Garden,” which both initially appeared in DAW anthologies edited by Denise Little, use Biblical characters, a first (though probably not last) time for him. 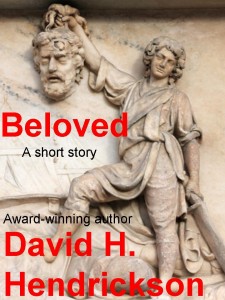 Available in all electronic formats for 99 cents or less on Kindle, iBook, NOOK, Kobo, Sony, Smashwords, and others. Read a sample here or by requesting one using the link above for your device.

“The conclusion turns [the reader’s assumption] on its head in a funny and honest way. I also found the last line in this story to be the funniest of the anthology by far.”

– review site Grasping for the Wind

Available for 99 cents in all electronic formats on Smashwords, Kindle, Barnes & Noble, Sony, Apple, Kobo, and many others. Read a sample here or by requesting one using the link above for your device.